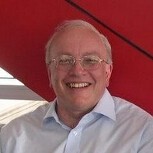 Professor Bolton’s goal is to de-mystify soil mechanics and provide useful tools for prediction and decision-making by observing and comprehending mechanisms of behaviour, both of geo-materials and geo-systems. For example:

Underground construction: ground movements and associated deformations of pre-existing structures due to the construction of deep excavations in sands or clays.

Offshore energy: soil-pipeline interactions at the mudline; spread base and piled foundations for offshore structures.

Design scenarios and behaviour mechanisms to assist in risk management and decision-making under uncertainty in Civil Engineering.

Chairman of the International Press-In Association, an organisation with over 700 members dedicated to improvements in the science and technology of pile installation and the behaviour of implant structures.

Malcolm Bolton graduated in Engineering from Cambridge University in 1967 and took an MSc by research in structural engineering from Manchester University followed later by a PhD in soil mechanics from Cambridge. His academic career in geotechnical engineering started in Manchester where he helped to develop the UK’s first geotechnical centrifuge, but in 1980 he returned to Cambridge where he is Professor of Soil Mechanics, and Director of the Schofield Centre for Geotechnical Process and Construction Modelling.

He is the author of a book and 220 publications covering the fundamental mechanics of granular materials and a wide variety of civil engineering applications from tunnels through foundations, and from earthquake effects to landslide hazard reduction. He served on the drafting panel of the UK Code of Practice on Earth Retaining Structures, and on the Slope Stability Technical Review Board of the Hong Kong Government. Professor Bolton acts as a consultant to oil companies and offshore engineering companies in relation to soil-pipeline interactions on the sea bed, He was chairman of ISSMGE TC105 “Geomechanics from Micro to Macro” for 10 years. Professor Bolton holds various prizes from the UK Institutions of Civil Engineers and Structural Engineers and is a Fellow of the UK Royal Academy of Engineering.