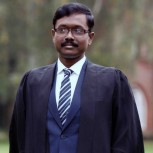 PhD Project: Novel Reconfigurable Induction Machine Drive for Hybrid Vehicles
I am finishing my PhD on a "Novel Reconfigurable Induction Machine Drive for Hybrid Vehicles". The transport sector is going through major changes - specifically road transport. The four major change vectors are Autonomous, Connected, Electrified and Shared (ACES). My PhD project focuses on the Electrification, by addressing the inherent challenge of E-motor for electric and hybrid vehicle, which requires an extra wide torque-speed characteristics. This requirement rises from the different required mode of operation of the E-motor - high torque low speed operation during vehicle starting, low torque high speed operation during highway cruising or alternator operation and mid range of torque speed during city drive or regenerative braking.  This problem is solved in existing solutions by deploying a higher sized E-motor (which is under utilized in some torque-speed operating zones) or a complicated transmission system. Furthermore, traditional electric drive research has focused on the solutions focusing on either speed control or torque control, as conventional industrial loads require mostly fixed speed operation (pouring ice-cream in the scoops on the belt) or fixed torque operation (such as steel sheet rolling or copper wire drawing).

My PhD solves the problem by implementing a electromagnetically gear shifting machine - where by achieving online pole changing of the machine effectively a gear shifted torque speed characteristics is realized. As a first time in literature - a single machine capable of 5 different pole configuration has been designed and experimentally validated, where as conventional machine has only one fixed pole configuration fixed during the fabrication of the machine. Furthermore, online pole changing (equivalent to gear shifting) on the fly has been experimentally demonstrated.
This pole changing machine  concept has been developed on Induction Machine platform. Taking this forward, I am working on extending the concept to permanent magnet machine which has a similar stator construction but higher power density.

Being broadly interested in power electronics and electric drives with a focus on automobile electrification, I have also collaborated on other research projects in this domain.

Wireless Power Transfer :
I have worked on Inductive Power Transfer for wireless charging of the vehicle - where we have deployed wide band gap devices (Sic) for power electronic converter and Noncrystalline for magnetics. The reported prototype level 2 charger converter (11 kW) promises higher power density compared to conventional Si switch based converter with ferrite based magnetics. I have also worked on a novel compensation topology, where we have utilized the cross coupling to achieve better immunity against misalignment - which  is a major challenge of the wireless power transfer. The reported topology enables 80% power transfer even at 50% misalignment - which is one of the first in literature.

V2G Charging :
I have also worked on V2G charger. As more and more percentage of the vehicles on the road gets electrified, and electricity generation is decarbonized simultaneously by higher penetration of solar and wind into the generation mix, we face an unprecedented problem for the utility grid - supplying unpredictable load ( EVs connecting to the grid, charging at 10-50 kW load) with unpredictable supply (wind and solar generation is not in our control). In this context V2G bidirectional energy transfer solves the problem by utilizing the EV as a temporary energy storage. We have reported a novel wide band gap device based high frequency SiC based V2G level II charger (11kW) - which combines both single phase and three phase charging, as well as reduces the amount of capacitance required by ten fold. These capacitors not only takes volume, weight and cost but also are the most failure prone component in the system. Thus reduction of the capacitance improves  power density (both in terms of weight and volume) reduces cost and improves reliability.

Other Energy Projects
During my tenure at Cambridge Electronics, Power and Energy Conversion group, I have worked on a single phase transformer less solar converter, which addresses the common mode current problem of these type converters. Making the solar converter transformer less makes them lighter, more compact and efficient, but introduces the common mode current problem. By designing a doubly grounded topology and using a bipolar power converter (Combined Cuk Sepic - CCS Converter), the common mode current problem of the transformer less solar converter is solved. Further I developed a synchronous switching strategy and flexible DC bus voltage regulation control for the CCS converter, which reduces DC  bus capacitor by 10 fold - allowing use of film capacitors. The film capacitors enables achieving very long life time of the solar converter  (~ 20-25 years) - matching with the lifetime of the solar panels. Perviously used bulk capacitors required electrolytic capacitors - which gets dried  in 8-10 years and required at least one or two replacement over the lifetime of the solar panel.

Saikat Ghosh  received his Bachelor of Engineering (with Honors) from Indian Institute of Engineering Science and Technology, Shibpur, India in 2011. Securing an all India rank of 4 (among more than 70,000 candidates) in GATE - EE 2011, he got admission and finished Master of Engineering in 2013 from the Indian Institute of Science, India with first class distinction. During a two-year career as a manager, at Engineering Research Centre of Tata Motors Limited, he has worked on development of two different electric vehicle platforms for a government program. He was responsible for the whole electric system including control software, and hardware development for the vehicle program. Concept demonstration vehicle was built successfully, which was displayed in various national Auto-expo. He joined the University of Cambridge, Engineering Department in 2015 as a Commonwealth Scholar - PhD researcher with a full scholarship.  During 2015 October - 2019 September he worked in Electronics, Power and Energy Conversion group at Electrical Engineering Division of Engineering Department under supervision of Dr. Tim Flack and Dr. Teng Long. Since November 2019 he has started working as a Systems Engineer at AVL Powertrain UK Ltd, working on the electric system development of various electric and hybrid powertrain for passenger car, commercial vehicles and off highway transport.