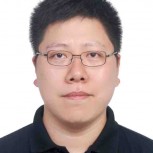 Xiao ZHANG, received his PhD degree on Condensed Matter Physics from Prof. Sishen Xie's group, in the Institute of Physics, Chinese Academy of Science, investigating the preparation of some novel carbon nanomaterials (especially ultralong suspended CNTs). He developed a novel optical visualization method for single tubes, with which intrinsic optical and thermal properties could be characterized. In University of Cambridge, during his research associate period at Department of Engineering, he will focus on the subject of CNT Synthesis and Characterization (especially on the thermal conductivity enhancement) by working together in the group of Dr. Adam Boies in Division of Energy, and the Nanomanufacturing group of Dr. Michael De Volder in Institute for Manufacturing.