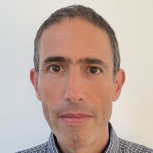 A unifying theme is close collaboration with paleoanthropologists and clinicians, and the implementation of research tools in robust software that is suitable for use in clinical environments. Professor Gee is one of the authors of the Stradview software suite, supporting ultrasound and CT research teams around the world.

Director of Studies in Engineering and Financial Tutor, Queens' College

Andrew Gee obtained a BA in Electrical and Information Science at Cambridge University in 1990. He was awarded the PhD degree in 1993 from the same university for his thesis on the use of feedback neural networks for combinatorial optimization. In 1993 he was appointed to a Research Fellowship at Queens' College, Cambridge, where he started to work on computer vision. In October 1995 he became an Assistant Lecturer in Information Engineering and an Official Fellow of Queens' College, where he is now Director of Studies in Engineering. He was promoted to the post of Lecturer in January 1998, Senior Lecturer in October 2001 and Reader in October 2006. He teaches undergraduate courses in all aspects of computing: in 1998 he was awarded a Pilkington Prize by the Trustees of the Cambridge Foundation for excellence in teaching at the University of Cambridge. He has worked in a number of research areas, including medical imaging, computer vision, document image processing and neural networks. Currently, he is working on aspects of surface registration, shape analysis and cortical bone mapping using deconvolved CT. He has authored and co-authored around 190 papers.