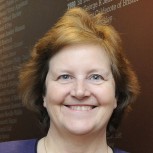 Professor Dame Ann Dowling's research aims to enable society to have power and mobility without environmental damage or excessive noise. There are two main themes, one associated with efficient, low-emission combustion, and the second with understanding, modelling and reducing the noise from cars, helicopters, fixed-wing aircraft and domestic appliances such as vacuum cleaners and fans.

The drive for low emissions is causing aero and industrial gas turbine combustors to operate on the verge of instability. Ann Dowling's research has been aimed at understanding this phenomenon involving theoretical modelling, computations and experiments. Her team have developed techniques predict the onset, frequency and limit cycle amplitudes of the self-excited oscillations that are the result of the instabilities. Both passive and active means of control have been investigated, and various successful approaches have been demonstrated.

In recent years, Ann Dowling's research on aircraft noise has concentrated particularly on jet noise, a major noise source at take-off. Her group have developed models to predict the noise and investigate and optimise various mitigation techniques. They have also investigated combustion noise, which is of increasing importance in the external noise from aircraft. Techniques have been developed to reduce noise in a wide range of applications.

Ann Dowling is now an Emeritus Professor and is no longer accepting research students nor hosting visitors.

Professor Dame Ann Dowling is currently a Deputy Vice-Chancellor of the University of Cambridge and Emeritus Professor of Mechanical Engineering.

She was President of the Royal Academy of Engineering 2014-19, Head of the Department of Engineering at Cambridge 2009-14, and has held visiting posts at MIT (Jerome C Hunsaker Visiting Professor, 1999) and at Caltech (Moore Distinguished Scholar 2001).

Ann has served on a number industry and government advisory committees. She is a non-executive director of the Smiths Group plc and chairs their Science, Sustainability and Excellence Committee. She was a non-executive director of bp plc (2012-21) and a non-executive member of the board of the UK government's Department of Business, Innovation and Skills (BIS) 2014-16 and of the Department for Business, Energy and Industrial Strategy (BEIS) 2017-18. She was a member of the Prime Minister's Council for Science and Technology (2014-19). In 2015 she chaired a review for BIS on business-university research collaborations.