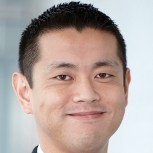 The research interests of the Cambridge Bio-Inspired Robotics Lab lie at the intersection of robotics and biology. Through abstraction of the design principles of biological systems, we develop core competences which are the rapid prototyping of dynamic mechatronics systems, bionic sensor and motor technologies, and computational control optimization techniques. Our main goals are to contribute to a deeper understanding of adaptivity and autonomy of animals, and to engineer novel robotic applications which are more adaptive, resilient, and energy efficient. Specific research topics include legged robot locomotion, evolutionary robotics, human-robot interactions, and embodied artificial intelligence.

Fumiya Iida is Professor of Robotics at the Department of Engineering, University of Cambridge.  Previously he was an assistant professor for bio-inspired robotics at ETH Zurich (2009-2014) and a lecturer at Cambridge (2014-2018).  He received his bachelor and master degrees in mechanical engineering at Tokyo University of Science (Japan, 1999), and Dr. sc. nat. in Informatics at University of Zurich (2006).  In 2004 and 2005 he was also engaged in biomechanics research of human locomotion at Locomotion Laboratory, University of Jena (Germany).  From 2006 to 2009 he worked as a postdoctoral associate at the Computer Science and Artificial Intelligence Laboratory, Massachusetts Institute of Technology in USA.  In 2006 he was awarded the Fellowship for Prospective Researchers from the Swiss National Science Foundation and, in 2009, the Swiss National Science Foundation Professorship. He was a recipient of the IROS2016 Fukuda Young Professional Award, Royal Society Translation Award in 2017, Tokyo University of Science Award in 2021. His research interests include biologically inspired robotics, embodied artificial intelligence, and biomechanics of human locomotion and manipulation, where he was involved in a number of research projects related to dynamic legged locomotion, navigation of autonomous robots, and human-machine interactions.