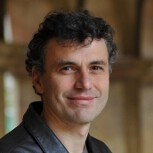 Professor Udrea’s first field of research is in high voltage technologies and power semiconductor devices There are several  themes in this field, including:

Professor Udrea’s second field of research is in the field of MEMS and microsensors. The most important aspects of his research are:

Florin Udrea is a professor in semiconductor engineering and head of the High Voltage Microelectronics and Sensors Laboratory at University of Cambridge.

He received his BSc degree from Politehnica University of Bucharest in 1991, his Master degree in sensors from Warwick University, UK in 1992 and his PhD degree in power devices from the University of Cambridge, Cambridge, UK, in 1995. He was a research fellow ( JRF) with Girton College, Cambridge University between October 1995 and Septmber 1998. Since October 1998, Prof. Florin Udrea has been an academic with the Department of Engineering, University of Cambridge, UK. Between August 1998 and July 2003 he was an advanced EPSRC Research Fellow. He is currently leading a research group in power semiconductor devices and solid-state sensors that has won an international reputation during the last 25 years.

Prof. Udrea has published over 550 papers in journals and international conferences. He holds over 150 patents (for distinctive inventions) in power semiconductor devices and sensors.

Prof. Florin Udrea founded five companies, Cambridge Semiconductor (Camsemi) in power ICs – sold to Power Integrations, Cambridge CMOS Sensors (CCS) in the field of smart sensors – sold to ams, Cambridge Microelectronics in Power Devices, Cambridge GaN Device in high voltage GaN technology and Flusso in Flow and temperature sensors. Cambridge Semiconductor (Camsemi) sold 1bn power IC chips in the market between 2007 and 2015, before being aquired by Power Integrations, . Both Cambridge GaN Devices Ltd and Flusso have received a string of awards and are considered two of the most exciting scale-up companies in the Cambridge Cluster.

Prof. Florin Udrea was board director in Cambridge Enterprise between 2011 and 2019. For his ‘outstanding personal contribution to British Engineering’ he has been awarded the Silver Medal from the Royal Academy of Engineering. In 2015 Prof. Florin Udrea was elected a Fellow of Royal Academy of Engineering. In 2018 Prof. Udrea has been awarded several major prizes, including the prestigeous Mullard medal from the Royal Society. In 2021 Prof. Udrea was named “the Academic Entrepreneur of the Year” by Business weekly.