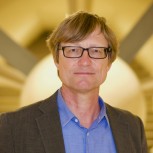 Professor Babinsky researches fundamental and applied aerodynamics with application to aerospace, transport and energy production. Particular focus areas are transonic/supersonic flows, unsteady aerodynamics and road vehicles. His research is predominantly experimental but includes theoretical and numerical studies in collaboration with other groups across the globe.

A key element of his research, spanning more than 30 years, is the study of shock-wave/boundary-layer interactions (SBLIs) and their control with application to wings and engine inlets. This includes shock control (e.g. shock control bumps) and boundary-layer control (e.g. micro-vortex generators for separation mitigation). He has co-edited, together with Prof. J. Harvey, the only textbook dedicated to SBLIs. A further focus of recent research has been the aerodynamics of flapping wings and wing/gust encounters where fundamental experiments have helped identify the key mechanisms responsible for unsteady force production. He has also helped to improve the efficiency of long-haul road haulage vehicles by making use of experience gathered over many years in the field of Formula 1 aerodynamics.

Holger Babinsky graduated with a distinction in Aerospace Engineering from Stuttgart University in Germany. He obtained a PhD in hypersonic aerodynamics from Cranfield University (UK) in 1994. After 18 months as Research Associate at the Shock Wave Research Centre of Tohoku University in Sendai, Japan he returned to the UK to take up a position at the University of Cambridge.

Head of Division A (Energy, Fluid Mechanics and Turbomachinery)