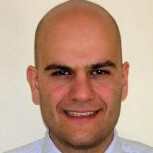 The research of Dr Lestas is associated with the analysis, modeling and control of large scale networks, using advanced methodologies in control theory and optimization, with a focus on the control of power systems and smart grids. Areas of interest include distributed control and optimisation of microgrids,  control of converter-based grids, decentralized schemes for frequency and voltage control, control of hybrid AC/DC networks, demand side management, and the development of generalized frameworks through which robust stability guarantees can be provided despite the complexity of these networks.

Ioannis Lestas is an Associate Professor at the University of Cambridge, Department of Engineering and a Fellow of Clare College. He graduated with  a BA (Starred First) and an MEng (Distinction) in Electrical Engineering and Information Sciences from the University of Cambridge. He has a PhD from Cambridge in Control Engineering, which he completed as a Gates Scholar and Trinity College Research Scholar. He was elected to a Junior Research Fellow of Clare College, Cambridge and was awarded a five year Royal Academy of Engineering Research Fellowship (492 771 GBP award). He is also the recipient of a five year ERC starting grant (1.5 million EUR award). His work has been published in the leading journals in control theory, power systems and smart grids, and in high impact factor journals like Nature. He is currently serving as Associate Editor for the IEEE Transactions on Smart Grid and the IEEE Transactions on Control of Network Systems.