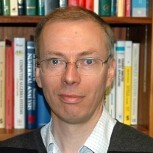 Malcolm Smith’s research interests are in control systems theory and its applications.  Particular themes of the work are tolerance to uncertainty and fundamental limits on robustness and performance.

A particular recent interest has been in passivity based control, with applications in mechanical systems.  This work led to the introduction of a new modelling element and device, the inerter, which is now used in automotive suspensions in the motorsport field.  Work is ongoing in this area on both applied and theoretical issues.

A related interest is circuit synthesis, motivated by analogues between electrical and mechanical networks.  Despite the high points reached by classical electrical network synthesis, questions remain unanswered regarding efficiency of realisation. New results have been obtained, and work is continuing to develop a more complete picture.

More generally, Malcolm Smith is motivated by the unique place occupied by the control systems field at the boundary between a mathematical science concerned with dynamics and feedback, and the interaction with physics and modelling in disparate domains.

Cambridge director of EPSRC programme grant on Control for Energy and Sustainability.

Fellow of Gonville and Caius College

Malcolm Smith received the B.A. (M.A.) degree in mathematics, the M.Phil in control engineering and operational research and the Ph.D. degree in control Engineering from the University of Cambridge, England. He was subsequently a Research Fellow at the German Aerospace Centre, DLR, Oberpfaffenhofen, Germany, a Visiting Assistant Professor and Research Fellow with the Department of Electrical Engineering at McGill University, Montreal, Canada, and an Assistant Professor with the Department of Electrical Engineering at the Ohio State University, Columbus, USA. He is now a Fellow of Gonville and Caius College and a Professor in the Department of Engineering at the University of Cambridge. He received the 1992 and 1999 George Axelby Best Paper Awards, in the IEEE Transactions on Automatic Control in 1992 and 1999, both times for joint work with T.T. Georgiou. H was awarded the Sir Harold Hartley Medal 2009 (Institute of Measurement and Control) for "outstanding contribution to the technology of measurement and control''. He is a Fellow of the IEEE and a Fellow of the Royal Academy of Engineering.