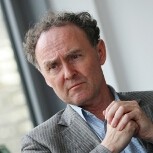 Professor Welland's research interest lie in nanoscience and nanotechnology in a broad range of both fundamental and applied problems. These include protein mis-folding problems related to human diseases such as Alzheimer’s, nanostructured materials for high efficiency low-cost solar cells, biologically inspired nanomaterials for green technologies and nanoelectronics for future generation communications and sensing.  Professor Welland is Director of the Department's Nanoscience Centre.

Sir Mark established a purpose built facility at the University of Cambridge, the Nanoscience Centre, which undertakes a variety of nano-related research programmes of an interdisciplinary nature.  This was the base for the Interdisciplinary Research Collaboration (IRC) in Nanotechnology of which Sir Mark was the Director and whose highly successful legacy has been far reaching. He has substantive international connections in the USA, Japan, Europe, India and the Middle East.  He established the Science and Technology Research Centre at the American University in Cairo, Egypt which he co-directed from 2003 to 2010 and from 2008 to 2012 was for the UK, the international principal investigator of the £100M World Premier Research Institute in nanomaterials based in Tsukuba, Japan.   He has given a number of prestigious lectures that include the Turing Lecture, IEE and British Computing Society, 2002; the Sterling Lecturer, Annual Appointment made by the Sterling group of Universities, 2003; The Annual Materials Research Society of India Lecture, Mumbai, India, 2006 and the Max Planck Society Lecture 2007, MPI, Stuttgart, Germany, 2007.

From April 2008 until May 2012, Sir Mark was Chief Scientific Adviser to the UK Government Ministry of Defence. Where his responsibilities included chairing the Investments Approval Board and the Defence Research and Development Board, acting as UK Principal for the US-UK 1958 Mutual Defence Agreement (nuclear), providing scientific advice across Defence and working on cross-Government science issues. He retained his position at Cambridge during the course of his secondment to the MOD.  In April 2011, in recognition of Sir Mark's contributions to the 1958 MDA partnership and his leadership and vision in all areas of WMD Defence he was presented with the US Secretary of Defense's Award for Exceptional Public Service. The award is one of the highest awards the Department of Defense can present to a representative of another Government.  Also in April 2011, in recognition of his outstanding leadership, wise counsel and his significant contribution to the interests of the United Kingdom and the United States, he received the National Nuclear Security Administration (NNSA) Gold Medal for Distinguished Service. The NNSA Gold Medal is the highest medal awarded by the NNSA.