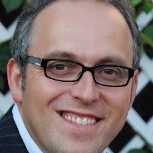 Prof. Woodland’s research is in the area on speech and language technology with a major focus on developing all aspects of large vocabulary speech recognition systems.

His group has developed a number of widely used techniques in current large vocabulary systems including standard methods for transform-based adaptation and discriminative training. He continues to have interests in these areas.  A current major interest is developing flexible systems that can adapt to a wide range of speakers, acoustic conditions, speaking style, etc., with relatively limited training resources. This includes work on unsupervised and lightly supervised training, Current work also includes techniques for improved language modelling and confidence estimation. An increasing trend in his work is the use of deep neural networks for both acoustic models and language models.

He is well known for his work on the HTK large vocabulary speech recognition systems.