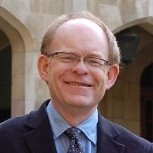 Richard Penty’s main research interests lie in the field of photonics.  He has worked for many years on short reach photonic networks for in-building links.  This included working on the ethernet standards and is now concentrating on advanced modulation format approaches to realising 100Gb/s photonic links using a single optical source.  In parallel he has research on polymer waveguide links and sub-systems for on-board and board to board, including backplane, applications.  His research on radio over fibre for in-building radio coverage has resulted in the spin out Zinwave.

He is involved in research projects studying the energy efficiency of photonic networks and how these can be improved, in co-operation with higher layers in the network stack, to provide better energy efficiency for the internet.

One of his major research themes is currently photonic integration of III-V photonic components.  He was involved in the realisation of a 16x16 photonic switch which had the time had the largest number of active components integrated together on a single chip.  He is involved in European research efforts to develop a generic foundry for III-V PICs and is part of the Advisory Board for the Jeppix activity which seeks to broker the developing capability to users.

He has also carried out research on broad area RFID systems, where the detection range of passive RFID tags has been greatly improved.  Research is now continuing on localisation using passive RFID.  The spin out company PervasID has been formed to commercialise the RFID research.

Professor Richard Penty's first foray into the world of optical communications was via a sponsorship with the National Coal Board for whom he designed a 1Mb/s optical line card. He graduated from the University of Cambridge with a degree in Engineering and Electrical Sciences in 1986 and a PhD for research into nonlinear optical fibre devices in 1990. Richard was then an SERC IT research fellow at Cambridge until taking up a lectureship in physics at the University of Bath in 1990. In 1996 he moved to the University of Bristol as a lecturer in electrical and electronic engineering subsequently being promoted to Professor of Photonics. In 2001 he moved to the Cambridge University Engineering Department and was elected to a fellowship of Sidney Sussex College in 2002 and to the Mastership in 2013.  He was elected a Fellow of the Royal Academy of Engineering and the IET in 2012.