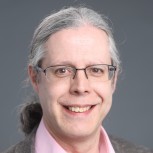 Background: My research is focused on optical fibre communication, whereby digital data modulates light that is then transmitted over huge distances using optical fibres. Over 99% of all long distance international data traffic is carried using optical fibres and as such they underpin the today’s global communication infrastructure and internet that currently links 5.2 billion people. It is rich area of research, which encompasses both the theory and practice of engineering, ranging from developing new science, mathematics and technology to understanding the environmental, economic and societal impact which these optical fibre communication systems have on today’s global community. It is an area I have found fascinating that I have been actively carrying out research in for over twenty five years.

2.    Coherent passive optical networks. The target is to offer aggregate capacity of >100Gbit/s with uncontended 10Gbit/s to the home, employing coherent detection for sensitivity improvements and frequency selectivity. Recent research has focused on simplifying the subscriber side receiver, for example employing Alamouti coding with heterodyne detection to reduced the number of required receivers from 4 to just 1.

Seb J. Savory received M.Eng., M.A., and Ph.D. degrees in engineering from Cambridge, an M.Sc. (Maths) in mathematics from the Open University and a Postgraduate Certificate in Teaching and Learning in Higher Education from UCL.

His interest in optical fibre communication began in 1991, when he joined STL (subsequently Nortel) in Harlow, the birthplace of the field. Having been sponsored by Nortel through his undergraduate and postgraduate studies, he rejoined the Harlow Laboratories in 2000. In 2005, he moved to UCL where he held a Leverhulme Trust Early Career Fellowship from 2005 to 2007, before being appointed as a Lecturer (2007), Reader (2012) and Professor (2015). In October 2015, he was elected as a Fellow of Churchill College, Cambridge moving to Cambridge in January 2016 as a University Lecturer and subsequently promoted to Professor of Optical Fibre Communication in October 2019. For his contributions to digital coherent transceivers for optical fibre communication he was elected a Fellow of the IEEE and the OSA in 2017.

Externally, he serves as Vice President for Publications within the IEEE Photonics Society (IPS), having previously served on the IPS Board of Governors (2018-2020) and Editor-in-Chief of IEEE Photonics Technology Letters (2012-2017). Until June 2021 he was the Chair of the Steering Committee for the Optical Fiber Communication (OFC) Conference having previously served as Program for OFC 2013 and General Chair for OFC 2015. He is a Chartered Engineer and Fellow of the IEEE, IET, OSA and HEA.