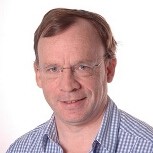 Over the last 20 years, the EPEC (Electrical Power and Energy Conversion) superconductivity group, which I head, has built up an outstanding international reputation in several areas of superconductivity research, ranging from novel theoretical tools for the understanding of  superconducting properties up to real breakthroughs in the design of cutting-edge technologies. The group is now one of the strongest groups in the world with an extensive portfolio of experimental techniques and mathematical analysis tools. I have an internationally leading publication record which extends to more than 210  papers released in high impact scientific journals.

Furthermore, it was one of the first groups to work on fault current limiters and is unique in having done so in three separate materials and with various geometries.  We have had several successful programs including one supported by EPSRC (EP/C512545/1) on the use of YBCO tape and another DTI sponsored effort in collaboration with Rolls Royce on the use of MgB2 wire in fault current limiters. These together with successful programs such as the LINK one with VA Technology have lead to sophisticated modelling and measurement facilities.

Another area of expertise is in superconducting magnetic levitation and the dynamics of different superconducting bearing systems. Aside from superconductivity, the group is active at looking at electrical distribution problems.  This encompasses studying partial discharge in switchgear, seasonal power factor variations and transformer design.

The Modelling effort that supports this work and other areas of investigation involves creating solutions to the critical state model and the E-J power law and has been going on for more than fifteen years. Using commercial finite element modelling software we obtained results on magnetic field, current distribution, magnetization decay, energy loss and quench of different superconducting objects including bulks, tapes, wires, coils, motors, etc. The models include AC/DC external magnetic field and transport currents. This work is internationally leading and includes:

We are the world leaders in magnetisation of superconductors using flux pumping techniques and I hold four ground breaking patents which cover both the flux pumping techniques and methods of patterning and arranging the magnets to enable high power density machines such as motors and generators (particularly wind turbines), as well as high-value machines such as accelerator magnets, MRI and MHD.

We have strong links with industry and have had collaborative projects sponsored by BMW, Rolls Royce, Areva, EDF Energy, VA Tech, Applied Superconductor, etc.  Equally, we have many links with colleagues in other universities and are currently collaborating with Manchester on the development and use of MgB2. As well as UK universities, we have strong links with other European (Liege, Jena and Barcelona) and American (Los Alamos, Argonne, Boeing) groups. We participated in an exchange program with Tshinghua University sponsored by the Royal Society and regularly accept visitors from Europe and America.

The group’s influence is also evident in its ability to consistently attract high profile and highly respected academic visitors together with a succession of highly motivated and extremely capable students who, almost without exception, have won scholarships and prizes of their own.

I have also been responsible for organising a series of workshops, on "the modelling and analysis of superconductors" and a summer school on "sustainable energy".

Finally, in addition to my university-based experience I spent a further ten years in industry, and have authored more than ten patents.