It could be a crystal ball from a mythical age showing the swirling mists of time, but James Macleod’s  image, which has won this year’s ZEISS Photography Competition, actually shows graphene being processed in alcohol to produce conductive ink.

This year’s entries form yet another collection of incredible images that offer us an insight into the varied world of engineering. These photos show how some scientific applications and processes can convey stark beauty.

Graphene is a sheet form of carbon that is a single atom thick, which can be produced by successively peeling thin layers off graphite using tape until an individual atomic layer is left. In the ink produced here, powdered graphite is mixed with alcohol then forced at high pressure through micrometre-scale capillaries made of diamond.

This was the first time that Macleod, a 32 year old technician at the Department, had entered the competition. His is one of over 100 images that showcase the breadth of research taking place there.

The competition, sponsored by ZEISS, international leaders in the fields of optics and optoelectronics, has been held annually for the last 12 years. The panel of judges included Roberto Cipolla, Professor of Information Engineering, Dr Allan McRobie, Professor David Cardwell, Head of Department, and Philip Guildford, Director of Research.

Second prize went to Toby Call for his photo showing an anode-respiring bacteria on a graphene coated carbon foam anodic surface. Biological conductive nanowires can be seen connecting the bacteria to the surface, from which researchers are able to measure current in a microbial fuel cell.

Simon Stent was awarded third prize for an image showing a 2 km map of a power tunnel network in London. Due for completion in 2018, the network will channel up to six x 400 kV electricity cables underground, doubling power capacity to the city.

The ZEISS SEM prize went to Dilek Ozgit’s image of a zinc-silver oxide battery anode that resembles a moon as seen on an alien world. It features a micron-sized single zinc sphere hiding behind reduced graphene oxide. Nanoparticles in the foreground are zinc redeposited onto the graphene.

The Head of Department’s prize went to a video, ‘Reducing fuel consumption of Heavy Goods Vehicle’ by Richard Stephens. The video, narrated by Stephens, shows clips from a project that investigates ways to reduce the fuel consumption of a heavy goods vehicle by lowering the aerodynamic drag of the trailer underbody. Using a high-speed camera, a lorry can be visualised as it moves through a fluid.

Mr Guildford says “This year’s entries form yet another collection of incredible images that offer us an insight into the varied world of engineering. These photos show how some scientific applications and processes can convey stark beauty. From tiny particles and microscopic images, to sections of tunnel on the Crossrail project in London, these photos represent the full spectrum of engineering.”

Some of the images submitted to the competition are tiny, and can only be viewed properly through a microscope, while others are on a much grander scale. Behind them all lies a passion for the subject matter being studied by the photographer.

The winning images can be viewed online via the Department's Flickr pages, where they can be accessed alongside dozens of other entries.

Richard Stephens' video, winner of the £300 Head of Department Prize 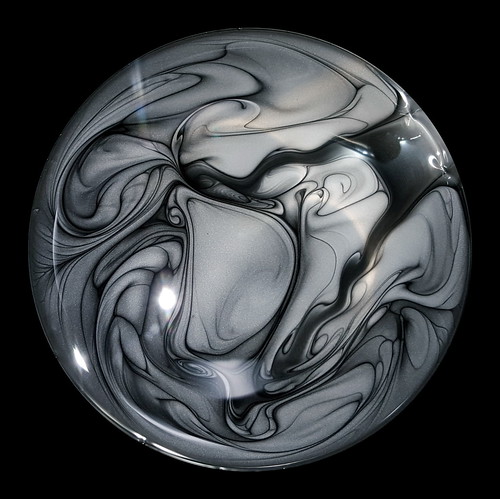