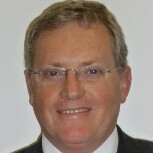 Campbell Middleton leads the Bridge Research Group which aims to improve our understanding of the behaviour of concrete bridges under load and to develop new analysis techniques for assessing the strength and reliability of these structures.

An ongoing program of bridge model testing in the laboratory is aimed at validating our theoretical methods. These tests have included a series of half-scale beam-and-slab bridge tests funded by EPSRC and the Highways Agency and 20 scale models of concrete bridges. This research has already resulted in the development of a generalised collapse analysis method which has been incorporated into a computer program which has been released through the University’s technology transfer company, Cambridge Enterprise, to the wider engineering profession.

Other research has aimed to:

Exploring frameworks to combine research strategy with corporate partners’ technology strategies in order to articulate and maximise the value of a portfolio of research.

Professor Campbell Middleton is the Professor of Construction Engineering and Director of the Laing O’Rourke Centre for Construction Engineering and Technology at Cambridge University. He joined the staff at Cambridge in 1989 having previously worked for nearly 10 years in bridge and highway construction and design in Australia and with Ove Arup & Partners in London. He is Chairman of the UK Bridge Owners Forum, established in 2000 by representatives of the major bridge owning organisations in the UK to identify research needs and priorities for the bridge infrastructure. He has been awarded the Diploma of the Henry Adams Award of the Institution of Structural Engineers (1999) and the Telford Premium Award (1999) and Telford Gold Medal (2010) from the Institution of Civil Engineers. He was elected Fellow of the Transport Research Foundation in 2005, has been involved in the development of bridge codes of practice and acts as a specialist bridge consultant to clients in the UK and abroad.

The main areas of interest for his research group in Cambridge are computational collapse analysis, risk and reliability analysis, computer vision for structural evaluation, non-destructive testing & inspection, wireless sensor networks for structural health monitoring and sustainability evaluation of constructed facilities. He is one of a group of Cambridge academics awarded a £16.5M grant from the EPSRC/TSB in September 2010 to establish an Innovation & Knowledge Centre for Smart Infrastructure and Construction in Cambridge. He is the Principal Investigator for the £0.2M EPSRC Future Infrastructure Forum Network Grant for Resilient and Sustainable Infrastructure, awarded in May 2011, and a Visiting Researcher on a CAN$500k NSERC Strategic Grant entitled “Protecting Canada’s Concrete Bridges” which was awarded in October 2010.