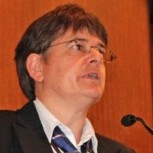 The research continued by setting out a typology of the effects of delay and analysing whether this was typical in a wider range of cases by carrying out a survey of hydropower projects.  Data showed that the construction costs increased during pre-construction delay by more than would be expected given the prevailing rate of inflation.  This increase in cost during a delay can cause difficulties in financing the project, which in turn leads to further delays.  The data collected also showed that the effects of delay owe little in their nature to the cause of that delay.